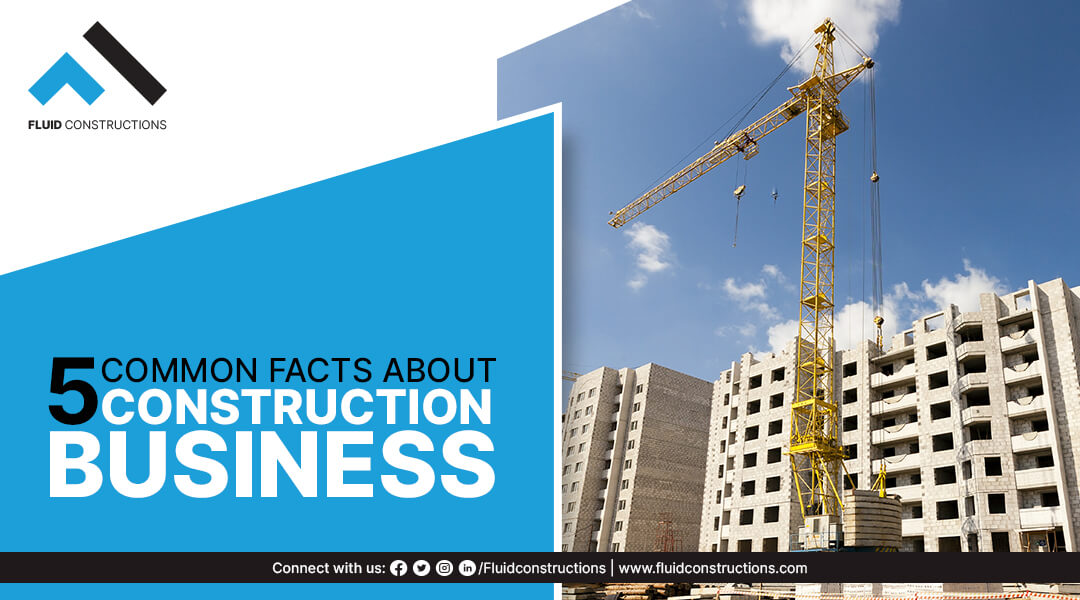 Construction has always been a juggernaut of growth and economic development of a state and the country. Project sites of construction companies are common to find in the cities and countryside where large areas are cordoned off with hundreds of workers, heaps of construction materials, and  construction machinery, lying around like prehistoric animals.

Some more about construction business!

There are many stories and facts about construction that never cease to amaze us. We have compiled a few of them for today’s blog. Hope you’ll like them and share them with your friends.

Yes. This unbelievable feat was accomplished recently in China. A construction company was reported to have completed a 57 storey building in just 19 days, and claimed to be the fastest builders in the industry.”

“Instead of building the skyscraper brick by brick,” the company’s engineer explained, “we had to only assemble the blocks.”  It is so far the best example of prefabricated wall construction method.

The Newby-McMahon is the world’s smallest skyscraper, standing about 40 feet tall. There is a story of fraudulence involved with this building. In 1919, a man named J.D. McMahon collected US$200,000 (nearly US$2 millions in today’s value) from the investors with a promise to build a tall skyscraper, but actually built a 480 inch (40 feet) tall building.

The key to McMahon’s deception, and his successful defense in the ensuing lawsuit, was that the height of the proposed building mentioned in the legal documents was 480″ (inches) rather than 480′. (feet). The Investors seemed to have overlooked that and McMahon never explicitly stated that the building’s actual height would be 480 feet (150 m).

3) Giza’s pyramid will continue to be the tallest structure for the longest time.

For more than 3,800 years, the Great Pyramid of Giza stood at 481 feet and was the tallest structure known to man. This record was created based on the estimated completion time of 2560 BC to 1311 AD.

Currently, Burj Khalifa of Dubai,is the tallest structure on earth with a height of 2700 feet, only completed in 2010. But, given the rapid advancements in the construction industry, it appears that the Pyramid of Giza will continue to hold the record for the longest time.

Skyscrapers were coming up in great numbers in New York in the 1920s. It sparked fierce competition in the construction industry, with one of the most intriguing rivalries between two men named H.Craig Severance (40 wall street building) and William Van Allen (Chrysler Building).

Because William Van Allen was so obsessed with beating his rival, he added a 180-foot spire to the top of his building to claim that his proposed building was taller. Not only did he win the competition, but it also gave him bragging rights to the world’s tallest building for 11 months… until the Empire State Building snatched the title.

Ferdinand Cheval, a French postman, collected stones through 33 years of his service of delivering mail. He decided to build ‘La Palais Ideal’ in Hauterives out of the stones he had collected over the years. The structure is now considered a work of “naive art,” and it was designated a cultural landmark in 1969.

Beyond just building highrises, bridges, and infrastructure, the construction industry has a place in history because it has witnessed how the world has evolved since men first learned to build. Eras and centuries have passed since then, and look how far we have progressed.

Methodologies, techniques, and other things to know about construction have also advanced significantly. Who knows what is in store for us tomorrow in this thriving industry.