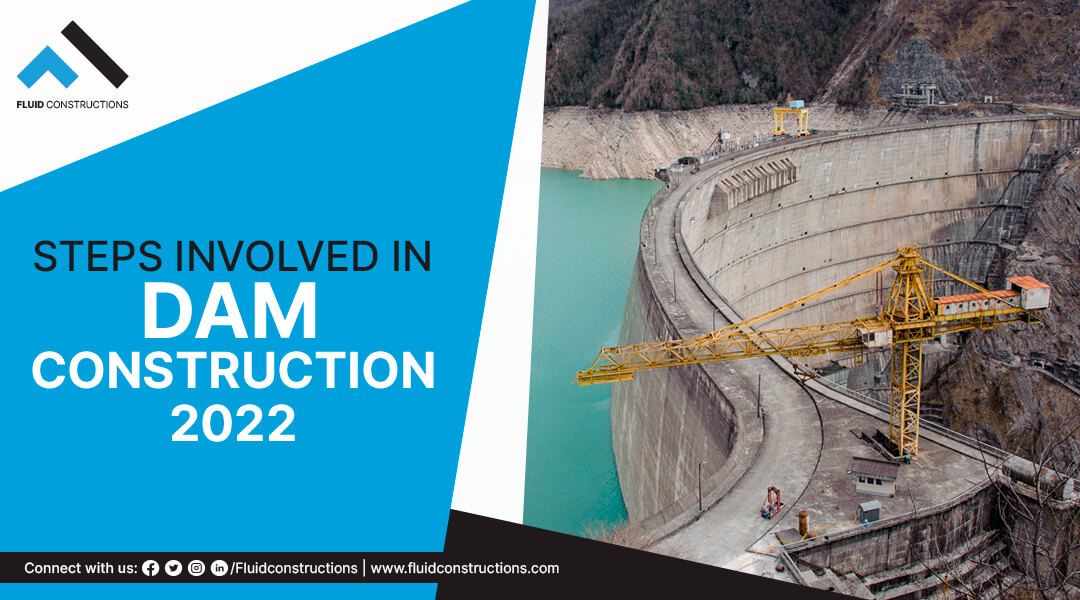 Dams are an awesome sight. But a Dam Construction is not easy. The Dams are huge, beautiful, and scary. When great volumes of water gush out through the high gates of a dam, it sends chills down the spine.

A dam is basically a system to control and utilize the power of running water using lock gates. It is built with concrete, rock, earth, steel, or a combination of these to maintain its imperviousness. The technique used in dam construction essentially involves building a deep reservoir on the upstream side to achieve multiple benefits. There are nearly 4300 large dams in India and some more are under construction. Below are some quick points why dams are important for development of vast areas around them:

How to build a dam?

Dams are built across medium to large rivers or streams that pass considerable amounts of water. Since dam constructions are very costly projects and often require deforestation of some areas, they need to be carried out meticulously. The steps to building a dam are as follows:

The very first step to build a dam is dewatering the riverbed. This is done by diverting the water from where the dam has to be erected. Engineers accomplish this by directing water through tunnels. The tunnels should have adequate depth so that it won’t cause the banks to get flooded. The river does not need to be emptied, but the water level should be minimum for the work to take place.

If you haven’t diverted enough water from the river, you’ll need to build a cofferdam to help you channel water to the tunnel. When laying the foundation, start with the heaviest rocks and work your way down to produce a sturdy foundation bed.

Make sure the riverbed is free of loose stones and build a solid concrete foundation so that water is kept out of the dam’s margins. The foundation of the dam is below the original ground level. Its surface is covered with weaker rocks or soils that have to be destroyed either by excavation or by explosive blasts.

The next step is to construct the dam itself, which entails constructing the main structure on both sides of the foundation. The majority of dam construction projects use reinforced concrete steel to make the dam more water resistant.

After the dam has been built to the desired height, the reservoir must be filled. Then you must test the operation of the valves and lock gates.

Types of dams in India

India, with numerous rivers and their branches flowing across its land, has a variety of types of dams based on factors like materials used, type of structure, purpose, etc. The following types of dams are typically found in India:

These are arch shaped concrete dams with the convex side facing the upstream. This type of dams resist the water pressure by abutment of arch.

Buttress dams are also known as hollow dams and featured with triangular shaped buttresses. The water pressure from the deck gets transmitted to the foundation through the buttresses.

The purpose of detention dams is to store the excess water on the upstream to prevent flooding of the downstream areas during monsoon.

These are gigantic dams made of concrete or stone. Gravity dams can hold large amounts of water behind them. They have huge weight and are held to the ground by the force of gravity.

These are relatively smaller dams constructed for the purpose of diverting water from a river into channels to help irrigation of the agricultural lands.

This type of dams are made up of excavated construction materials or industrial wastes and used especially for sites with broad valleys. Embankment dams are also called earthen dams or earth-fill dams when they are made of well-compacted earth.

Most commonly seen type of dam that is used for collecting water from rivers, channels, and streams during the monsoon season. Storage dams can be used for hydel power generation, irrigation, flood control purposes.

A cofferdam is a temporary wall structure enclosing the dam construction site to prevent river water from entering into the area and therefore provides dry space for the workers.

The Tehri dam in Uttarakhand is an example of rock and earth-fill embankment dam. This is the tallest dam in India and runs the biggest Hydel power station.